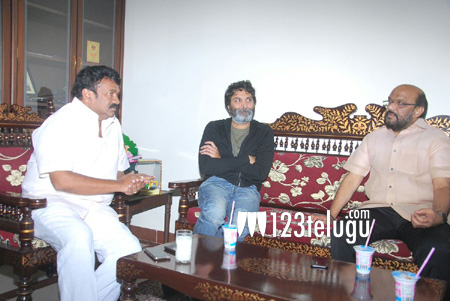 Trivikram and Radhakrishna reportedly requested Talasani to watch Agnyaathavaasi. While it may appear to be a casual meeting between the three, social media is abuzz with speculations since the film’s release is just 4 days away.