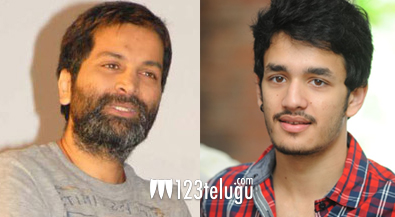 Akhil Akkineni, the handsome young scion of the Akkineni Family, is all set to make his debut next year. Akhil’s debut is one of the most eagerly awaited star kid launches in recent times and Nagarjuna is taking special care about this project.

As per the latest buzz being heard in the industry, director Trivikram Srinivas has been approached to launch Akhil. Apparently, Nagarjuna and Trivikram have interacted with each other and discussions are said to be at an advanced stage. Neither of the parties have officially confirmed the news so far.

If the project does take off, it will be a very interesting debut for Akhil. Trivikram Srinivas has never handled debut heroes before, so we will have to wait and see how this goes. More details about this project are expected soon.