Trivikram to launch Ranarangam’s trailer
Published on Aug 3, 2019 1:30 am IST 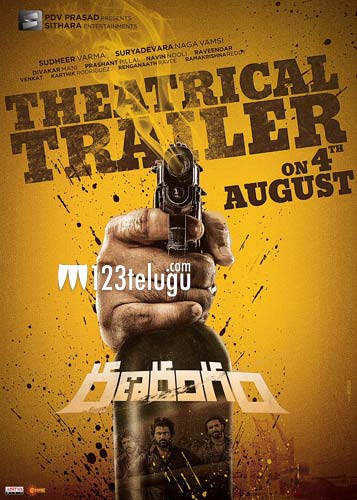 The theatrical trailer for Sharwanand, Kajal Aggarwal and Kalyani Priyadarshan’s upcoming gangster drama, Ranarangam, will be out on August 4. The makers have planned an event at the Kusuma Satya Convention in Kakinada for the trailer launch.

As per the latest updates, director Trivikram, who’s shooting AA19 in the town, will be unveiling Ranarangam’s trailer. The film’s teaser, which was released last month, was received well by fans. Sharwa will be seen as an aged gangster in this period drama.

Sudheer Varma has directed Ranarangam and Naga Vamsi has produced it under Sithara Entertainments banner. The film is slated for release on August 15.