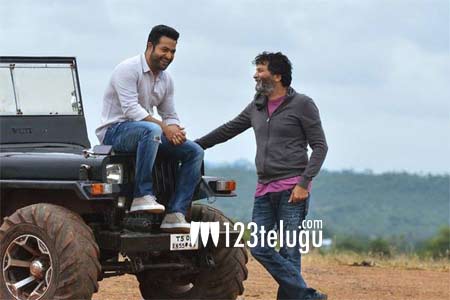 The infamous Rayalaseema faction feud needs no introduction. Even Telugu Cinema has portrayed the decades old bloodbath in numerous iconic movies. NTR and Trivikram’s most anticipated action entertainer, Aravindha Sametha, too, is set against the Rayalaseema faction backdrop.

However, Trivikram is said to be giving a whole new twist to how the faction feud is portrayed in his film. As per the latest reports, Aravindha Sametha throws more light on the plight of the women who lose their brothers and husbands in the faction wars instead of the actual men and their enemies who end up being the victims of decades-long enmity. This certainly seems like a refreshing take on how village faction is glorified on the big screen.

Aravindha Sametha is slated for release on October 11. The film’s pre-release event will be held on October 2. Pooja Hegde is the leading lady. S Radhakrishna is bankrolling this high budget entertainer.