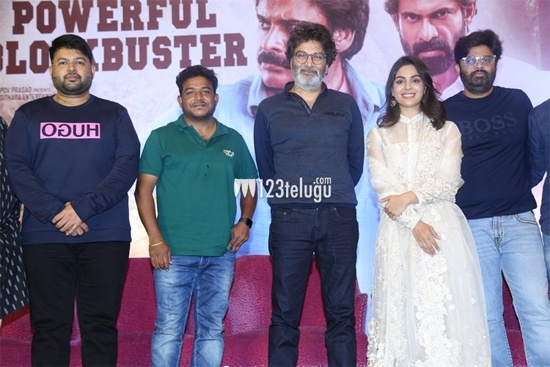 Bheemla Nayak is finally out in the open and has won a lot of praise from the audience. The film was directed by Sagar Chandra and he is super happy with the success.

Speaking at the success meet, Sagar said ““Thanks to Thaman for giving the apt background score. He is a deeper and evolved person and that added soul to the film. Samyuktha Menon hit a six on the last ball.

He further added “Thanks to the lovely choreographers for making everyone dance to the steps. The backbone of the project is Trivikram. He is the thread that held all the flowers in the garland. Trivikram asked us to forget about the original film and we worked on it as if we were working on a new script. It’s a great learning experience for everyone”.