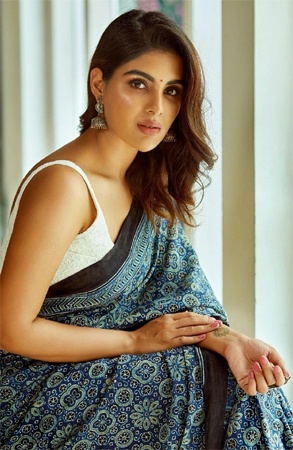 For the last few weeks, there have been speculations that talented young Malayalam beauty Samyuktha Menon has been approached by Bheemla Nayak’s makers for a lead role opposite Rana Daggubati. While the makers of this crazy multi-starrer have not come up with a formal announcement yet, Samyuktha took to Twitter and made the big reveal this evening.

Saying that she is truly blessed and so happy to have shared the screen space with Pawan Kalyan and Rana Daggubati, Samyuktha went on to say that she couldn’t ask for a beautiful debut in Tollywood. “This Sankranthi is Going to be Massive,” she concluded.

Samyuktha is known for her impressive performances in movies such as Theevandi, Lilli and Utare to name a few. Also starring Nithya Menen, Bheemla Nayak is being directed by Saagar K Chandra and produced by Naga Vamsi. The film is slated for release on January 12, 2022. Thaman is composing the soundtrack.

I'm Truly Blessed and So Happy to have shared the Screen Space with The Leader, The PowerStar @PawanKalyan Sir and pairing with @RanaDaggubati in #BheemlaNayak Film. Couldn't ask for a beautiful Debut in Telugu Industry. This Sankranthi is Going to be Massive 🔥🥳. pic.twitter.com/EHaTRnargA