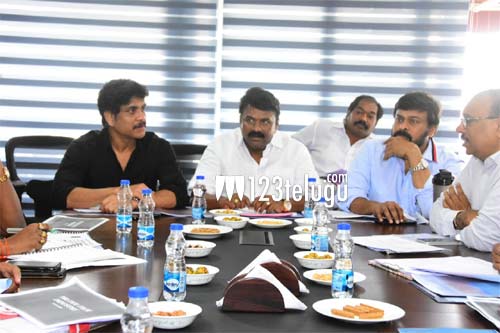 The minister discussed various measures for the overall development of the Telugu film industry and cine employees’ welfare during the meet which also had the presence of Home, Law, Labour and Revenue department officials.

The long pending demand of setting up a film institute in the state may soon turn into reality. Talasani had asked the Revenue officials to finalize the required land in Samshabad area. Also, 10 acres of land will be located for the construction of residential flats for film and TV employees.

Furthermore, a single-window system will be set up to ensure prompt issuance of permission for film shootings across the state. The minister also promised to take strict measures to prevent film piracy.