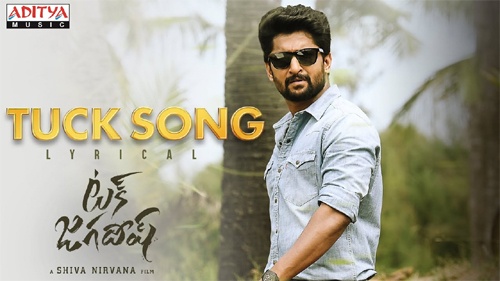 With the world digital premiere just a week away, the promotions for Nani’s Tuck Jagadish are catching up momentum. The makers released the film’s theme song this morning. Malayalam music composer Gopi Sundar has composed the song.

The Tuck song is an intense number and interestingly, it is sung by the film’s director Shiva Nirvana. The talented director impresses with his energetic vocals that are perfectly in sync with the genre of the song which has been penned by himself. Nani appears in a mass and action avatar in the song’s visuals.

Tuck Jagadish is a wholesome family entertainer. Also starring Jagapathi Babu, Ritu Varma and Aishwarya Rajesh in lead roles, the film is gearing up for its direct OTT premiere on Amazon Prime Video on September 10, as a Vinayaka Chaturthi festive treat. Sahu Garapati and Harish Peddi are the producers. Thaman is one of the music composers.