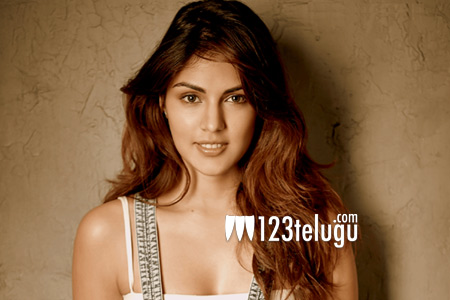 Happening Bollywood starlet Rhea Chakraborty, who often makes a splash with her ultra Stylish photoshoots, has signed a Telugu film.

Rhea was in Hyderabad for the recently concluded Filmfare South Awards. She interacted with the Telugu film media and announced that she has signed a new Telugu film. The vivacious actress further said that the makers of her latest Telugu project will make a formal announcement soon.

Rhea also said she is keen on acting in more Telugu movies as she likes how organized Tollywood is. The actress’ latest Bollywood comic caper, Bank Chor, was released last Friday