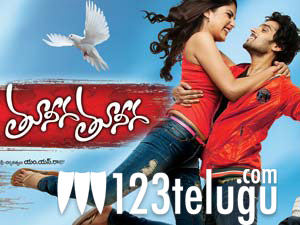 M S Raju’s upcoming film Tuneega Tuneega is expected to be censored on July 16. M S Raju is introducing his son Sumanth Ashwin as a hero in this film and it’s being touted as a romantic entertainer with a twist. Maganti Ramji is producing the film on Padmini Arts banner and Dil Raju is presenting the film. Rhea Chakraborthy is making her debut as an actress in this film. Maganti Ramji is quite confident that the film will get a clean U certificate from the censor board and he’s making all the arrangements to release the film on July 20. Last night, the film’s platinum disc was launched in Hyderabad. Prabhas, V V Vinayak, Allu Arvind, Nagendra Babu, Sunil, Shyam Prasad Reddy, Dil Raju, Parachuri Brothers were some of the guests who graced the event. Karthik Raja has composed the music.