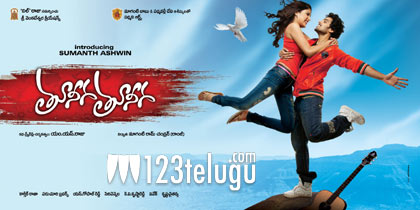 M S Raju’s upcoming film Tuneega Tuneega is going to be premiered tonight (July 19) in Srikakulam. Sources have informed us that this film is going to be screened at SVC Cinemas, which belongs to Dil Raju. Apparently, the ace producer had bought an old theatre and completely renovated it and now Tuneega Tuneega is going to be the first film to be screened at this theatre. Maganti Ramji has produced the film and Dil Raju is distributing it. Sumanth Ashwin and Rhea Chakraborthy are playing the lead roles in this romantic entertainer. Dil Raju said, “We are very confident that the film will become a big hit at box office. It’s got the right content and casting.” Karthik Raja has composed the music. The film will release across the state on July 20.