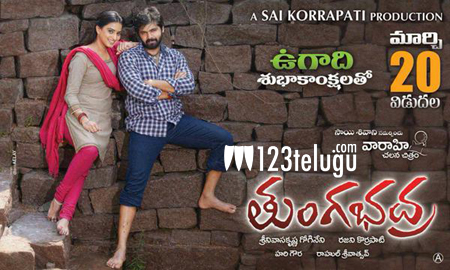 After producing a string of successful films, producer Sai Korrapti is now set to release his next film Tungabhadra’ on 20th March. The film is a romantic drama set in an intense village faction backdrop. The film has Arun Adith and Dimple Chopade playing the leads and veteran Tamil star Satyaraj plays a crucial role.

Directed by debutant Srinivas Krishna, a former associate of Puri Jagannadh, Tungabhadra has a Rayalaseema backdrop and showcases the fight for supremacy between two warring villages. As per the words of the producer, ‘Tungabhadra’ is a story of love and unity. Arun Adith made his debut in Genelia’s ‘Katha’ and Dimple Chopade appeared in films like ‘Romance’ and ‘Green Signal’.