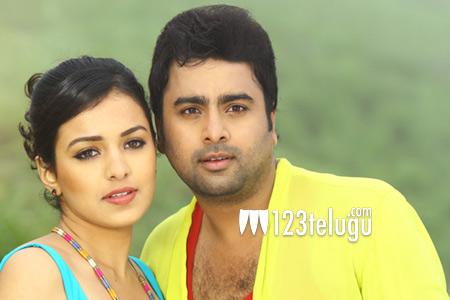 Nara Rohit’s upcoming flick, Tuntari is all set to hit the screens on March 11th. An official remake of the Tamil hit film Maan Karate, expectations on this film are huge.

The makers of Tuntari are leaving no stone unturned to promote the film actively as the release date is nearing soon. Through the film’s official face book page, the makers have started a unique contest called “Diamond Girl.”

They have asked the fans to send the name and picture of their “diamond girl” to win a real diamond. This has certainly got good publicity for the movie with hundreds of fans participating in it.

Kumar Nagendra of Gundello Godari fame is the director while Nagarjun and Ashok Baba have bankrolled the project. Latha Hedge is making her debut as the leading lady.