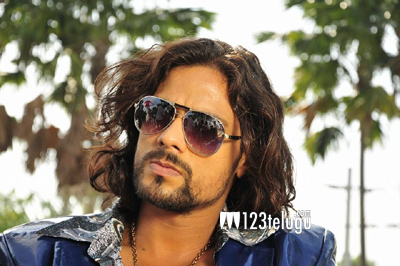 It’s not just Sai Dharam Tej and Saiyami Kher, who are going to make their debut in Telugu cinema in YVS Chowdhary’s upcoming film ‘Rey’. The director-cum-producer has roped in a popular TV actor, Arpit Ranka to play the villain’s role in his upcoming musical love story.

Arpit Ranka shot to fame when he started playing Duryodhana’s role in the TV show ‘Mahabharat’, which is currently being aired on Star Plus. Rey is going to be his first Telugu film and he’s playing the role of an international don, who falls in love with Shraddha Das. The film is currently in post-production stage and it’s expected to hit the screens soon. Chakri has scored the music.

Incidentally, Arpit Ranka is also going to play an important role in Gunasekhar’s upcoming 3D period film, Rudhramadevi. More details about his role in the film are expected to be revealed soon.