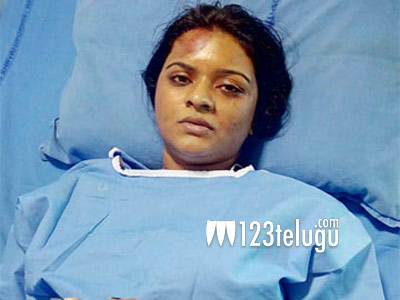 Noted TV actress Rohini Reddy, who is popular for her act in Extra Jabardasth and Konchem Ishtam Konchem Kastham, was injured in a road accident that took place earlier today.

The small screen actress was on her way to Krishna Pushkaralu when the accident occured. She was rushed to a nearby hosipital in Gollapudi near Vijayawada. Doctors announced that she is safe and escaped with injuries.

Rohini Reddy’s assistant and driver were also injured in the mishap and doctors revealed that they too are out of danger.