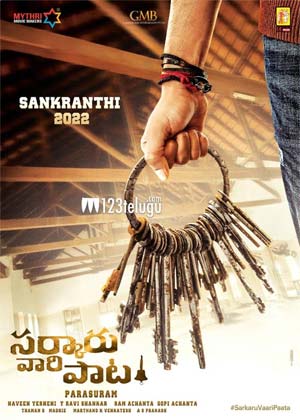 Mahesh Babu and Keerthy Suresh’s Sarkaru Vaari Paata is one of the most eagerly awaited Tollywood biggies that is under production at the moment. The film’s shoot has been stalled temporarily due to the COVID-19 scare on sets.

Meanwhile, two big speculations on Sarkaru Vaari Paata have started growing wild on social media. The latest buzz has it that SVP’s first look will be unveiled on May 31st, on the occasion of Mahesh’s father Superstar Krishna’s birthday. Yet another speculation is that the film’s teaser will be out on August 9th, on Mahesh’s birthday.

Well, for almost all the birthdays of the Ghattamaneni father-son duo, fans are treated to special posters and teasers. So, both the above-mentioned speculations could even become true eventually. This Parasitism directorial is being produced by Mythri Movie Makers banner, while Mahesh’s GMB Entertainments and 14 Reels Plus banners are jointly presenting it.