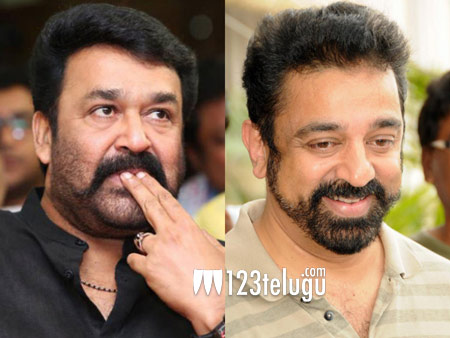 Back in 2009, Kamal Haasan and Mohanlal, the two stalwart actors from the South Indian Cinema, joined forces for Unnaipol Oruvan. The film was an official remake of the hit Bollywood thriller, A Wednesday. Now, if the latest buzz in the Tamil film circles is anything to go by, both these legends may team up once again.

The latest buzz in Kollywood circles is that Kamal and Mohanlal will be acting in the Tamil remake of the 2012 Bollywood hit, Oh My God. These are mere speculations and we will have to wait until an official announcement is made. Incidentally, Oh My God was remade in Telugu as Gopala Gopala with Pawan Kalyan and Venkatesh.