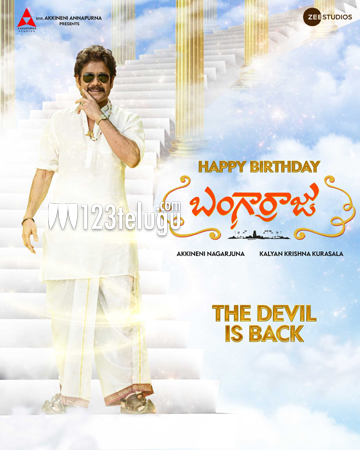 Nagarjuna’s super cool first look from and as Bangarraju was unveiled yesterday on his birthday and received a thumping response from fans. The film’s shooting is progressing at a brisk pace in Hyderabad. The film also features Nag’s son and hero Naga Chaitanya in a lead role.

And the latest updates reveal that two young actresses – Darshana Banik and Akshata Sonawane, have been roped in to play key roles in Bangarraju. While Darshana made her Tollywood debut with Nara Rohit’s Aatagallu, Akshata forayed into Tollywood with Ksheera Sagara Madhanam. More details about their roles will be unveiled at an appropriate time.

Also starring Ramya Krishna and Krithi Shetty as the female leads, Bangarraju is being directed by Kalyan Krishna. Nagarjuna’s Annapurna Studios is bankrolling this project in association with Zee Studio. Anup Rubens is composing the soundtrack.