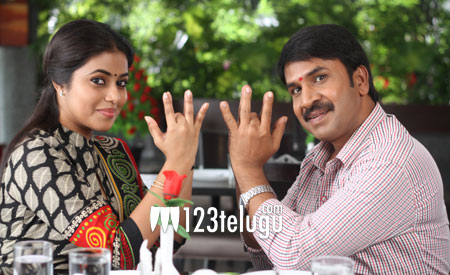 Actor Srinivas Reddy’s ‘Jayammu Nischayammura’ is all set for a release on November 25th and the film has completed its censor screening today. It was given a U/A by the board and the producers are now gearing up for the release process. Poorna is the heroine in this romantic comedy.

Actor Krishna Bhagawan is also playing a crucial role. Srinivas Reddy has earned a good name for himself with comedy roles and this movie is going to mark his debut as a lead actor. Shivaraj Kanumuri is the director and producer of the film.