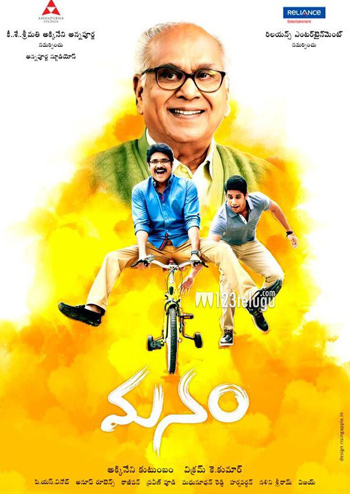 The most eagerly awaited Akkineni multistarrer ‘Manam’ is going to release on May 23rd in a big way. The movie has completed censor formalities and it has received a U/A certification from the censor board. Clean U could not be given due to a few scenes like the drinking episode etc.

Manam has been directed by Vikram Kumar and Nagarjuna is the producer. Shriya and Samantha will be seen as the heroines opposite Nagarjuna and Naga Chaitanya respectively. ANR has a special role in this movie and Akhil Akkineni might be seen as well.

Manam is carrying a positive buzz in the Industry and because it is ANR’s last film, it is expected to received good support from the public.