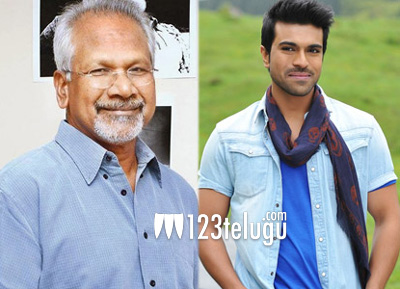 Over the past couple of days, fans of legendary director Mani Ratnam and Mega Power Star Ram Charan have been buzzing with speculations that both Mani and Ram Charan will be joining hands for a romantic action thriller, after completing their immediate projects.

If the latest updates coming in from Tamil media circles are to be believed, discussions between Mani and Ram Charan have been fruitful and that the two stars may come up with an official announcement in a couple of weeks. So, are Charan’s fans in for a Ugadi surprise?