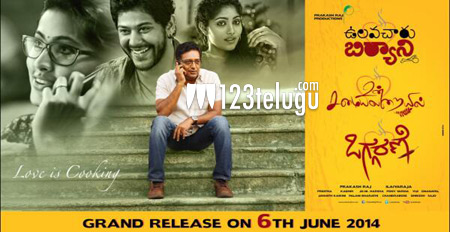 Prakash Raj’s ‘Ulavacharu Biryani’ has been waiting for a release for quite some time now. The film has now completed its censor formalities and has been awarded a clean ‘U’ certificate, and is set to release on the 6th of June.

Ulavacharu Biryani is a feel good film which has music by Ilayaraja. Music of the film is getting a huge response, and we hope that its release brings huge cheers to Prakash Raj, who has worked so hard on this film.

This film also stars Sneha in other lead roles and will be released in Tamil, Telugu and Kannada simultaneously.