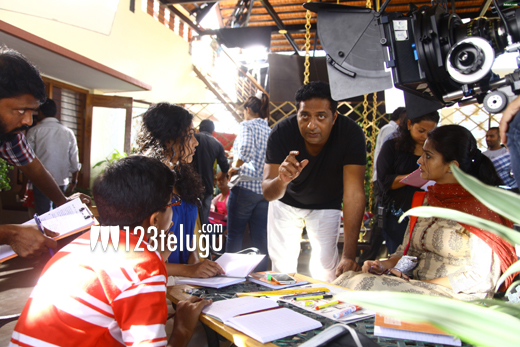 Versatile actor Prakash Raj’s directorial venture, ‘Ulavacharu Biryani’, is currently in the final stages of shooting. The movie’s last schedule has commenced. This romantic drama is a trilingual and it will hit the screens in Telugu, Tamil and Kannada.

‘Ulavacharu Biryani’ is a remake of the hit Malayalam film ‘Salt n Pepper’. Sneha and Oorvashi will be seen as the female leads in this mature love story. Prakash Raj is producing the movie himself on ‘Prakash Raj Productions’ and maestro Illayaraja has composed the music.

‘Ulavacharu Biryani’ is expected to hit the screens in early 2014.