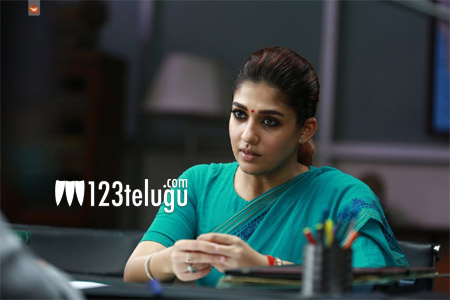 Star heroine Nayanthara’s latest Tamil release, an intense social drama titled Aramm, released on November 10 to rave reviews. The film deals with an important social issue and Nayan was seen as a district collector in it.

Ever since the film’s release, Tamil critics and moviegoers have been heaping praises on Nayan’s riveting performance. Some even say that the title ‘Lady Superstar’ is justified for Nayan. Unlike in the past, Nayan has been aggressively promoting the film.