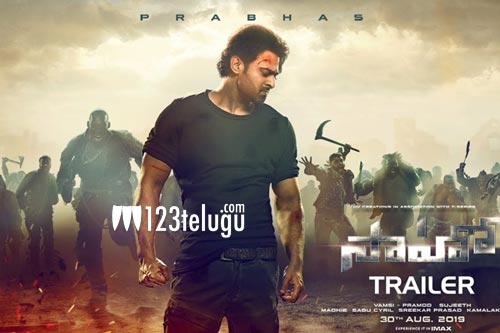 After being in the making for the last couple of years, Prabhas’ highly-anticipated action thriller, Saaho, is all set to hit theaters worldwide on August 30. However, until recently, there were rumors that Saaho may not have premieres on August 29 in the US.

Needless to say, the rumors went viral and fans of the Young Rebel Star were disappointed. Saaho was expected to collect nearly $1.5M to $2M from the US premieres, and a direct release without premieres would have proven costly.

But Prabhas’ fans can now take a sigh of relief. As per the latest updates, Saaho will have premieres in the US on August 29. The advance bookings have also begun and there has been a huge craze for the FDFS tickets. This Sujeeth directorial is produced under UV Creations banner. Shraddha Kapoor is the film’s leading lady.