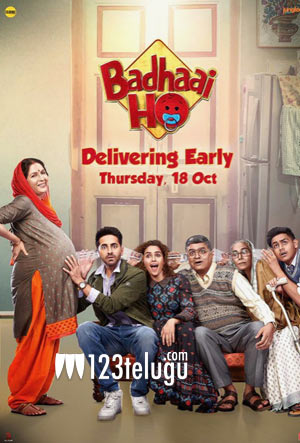 Badhaai Ho is one unconventional film which has been in the news for quite some time now. Ever since the trailer of the film was released, the film has been in controversy of sorts.

The film is based on the mother of hero Ayushman Khurana, who gets pregnant at the age of 50. Such a sensitive subject has been nicely received by the public as the film has crossed the 50 crore mark within no time.

The way the director Amit Sharma has showcased the film in an entertainer manner and proved the fact that age is no barrier to become a parent has won good applause all over. Neena Gupta plays Ayushman’s mom in this film.