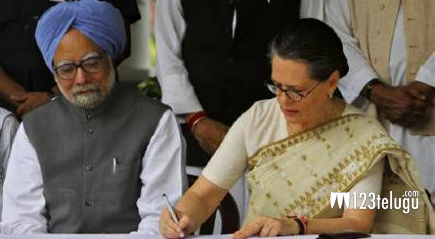 The Union Cabinet cleared the way for the formation of a separate Telangana state today. In a meeting which lasted well over two hours, the Prime Minister and his Cabinet Ministers discussed various issues and finally approved the note sent by the Union Home Ministry.

The news was greeted with joyous celebrations in Telangana areas and widespread protests in Seemandhra areas.Samaikhyandhra JAC has called for a 48 hour shutdown of the region. A host of Congress party MLA’s and MP’s are expected to resign over this issue.