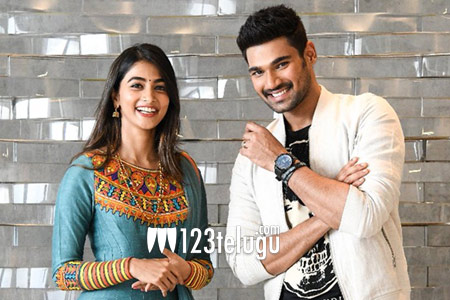 Bellamkonda Sai and Pooja Hegde’s ongoing action thriller, Saakshyam, has been creating good buzz ever since the film’s spectacular teaser was unveiled a couple of months ago. The film is slated for release on July 20.

Now, the latest update reveals a stunning musical feat being pulled off by Saakshyam’s makers. Five of the country’s most loved singers – KJ Yesudas, SP Balasubramanyam, Hariharan, Kailash Kher and Bombay Jayashri, will be singing a special song in the movie. The song talks about the 5 Elements, which are also an essential part of the film’s plot.

Popular lyricist Ananth Sriram has written this unique song and Harshavardhan Rameshwar, who had scored the super hit background music for Arjun Reddy, has composed the song.

Saakshyam is being directed by Sriwass and produced by Abhishek Nama under Abhishek Pictures banner. Jagapathi Babu plays a key role in the film.