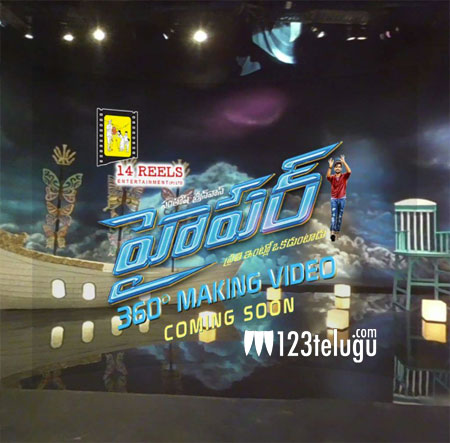 The makers of Ram’s Hyper are about to do something unique for the first time in Tollywood. They are soon going to be unveiling a 360 degree making video of Hyper.

Apparently, the viewers will have control over the video through their phones as they can turn their phones around, which will itself turn the camera in the video for a 360 degree angle. The release date of the video is yet to be revealed.