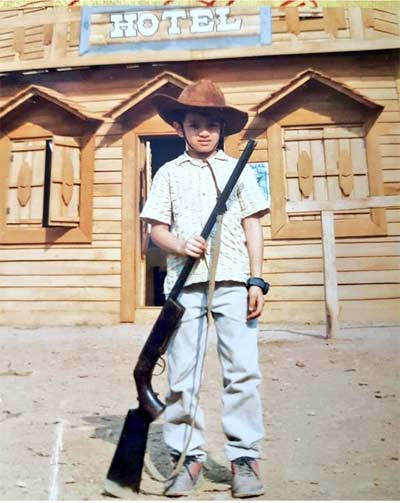 Akhil is an actor who was interested in films right from his childhood. In fact, he made his debut with the film Sisindri which was a good hit at the box office.

Now, a cute picture of his has gone viral on social media. Seen here in the above picture is Akhil on the sets of Mahesh Babu’s Takkari Donga. Akhil is dressed as a cowboy and looks super cute.

The star hero has come a long way in his career and is doing his fourth film in the form of Most Eligible Bachelor. The film is being directed by Bommarillu Bhaskar and let’s hope that Akhil makes a solid comeback with this film.