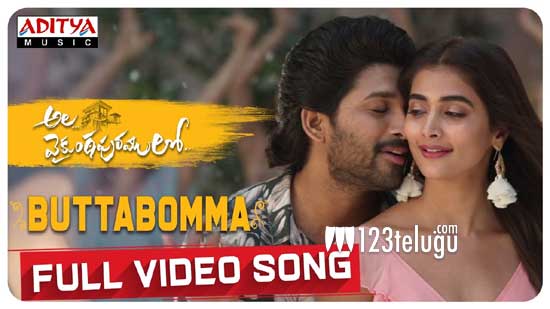 Butta Bomma, the breezy romantic dance number from Allu Arjun and Pooja Hegde’s Ala Vaikunthapurramuloo, has been a massive chartbuster ever since its release in December, 2019. The song stole the hearts of music lovers across the country.

Ala Vaikunthapurramuloo was a non-Baahubali industry hit when it hit screens during the Sankranthi festive season last year. This Trivikram directorial was produced jointly by S Radhakrishna and Allu Aravind.