Unstoppable S2: Aha reveals the celebrity guests of the next episode
Published on Dec 19, 2022 12:28 pm IST 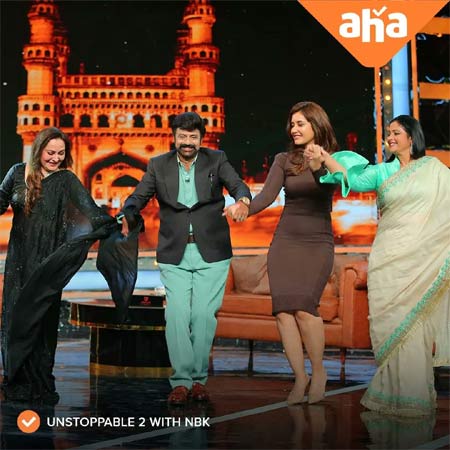 Aha’s celebrity talk show Unstoppable With NBK season 2 became quite popular in no time. While audiences are waiting for Prabhas’ episode, the platform revealed the guests of another episode.

Aha announced that the next episode will be graced by the senior actresses Jayasudha and Jayaprada. Raashii Khanna will also accompany them. This is the first episode that has women only. The episode is going to bring back so many memories related to the actresses and the host Balakrishna.

A promo will be announced soon online. Also, there is a strong buzz that Pawan Kalyan will also be gracing the show. Keep watching this space for more interesting OTT updates.