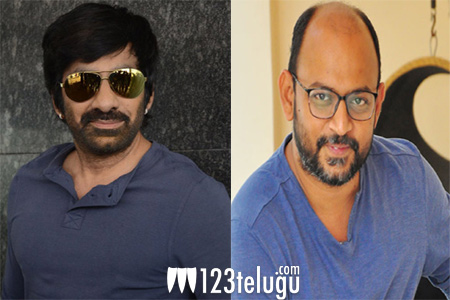 It is well known that Ravi Teja will soon be collaborating with talented director VI Anand. The latest buzz is that this film will go on the floors from December.

VI Anand, who is upset with his last film Okka Kshanam’s result, is working hard on the script to make a strong comeback. Nela Ticket producer Ram Talluri will be bankrolling the film. SS Thaman will score music for this as-yet-untitled flick.

On the other hand, Ravi Teja is currently busy wrapping up his ongoing projects, AAA and another one with Santhosh Srinivas.