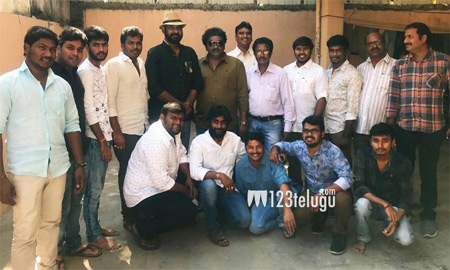 It is well known that Mega hero Sai Dharam Tej has joined forces with top director VV Vinayak for an action entertainer. Recently, the film’s unit left for Muscat to shoot two songs and a few crucial scenes.

Now, the latest update is that the film has wrapped up its Muscat schedule yesterday. The final schedule of the film will kick-start in Hyderabad from January 2nd and it will last until January 12th. The makers are planning to release this film on February 9th.

Lavanya Tripathi is the female lead in the movie, while Bollywood actor Rahul Dev essays the antagonist’s role. Senior producer C Kalyan is bankrolling this crazy project. Thaman is the film’s music composer.