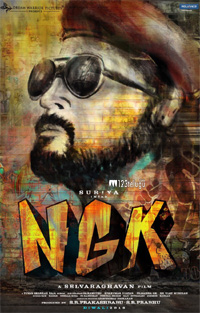 After the striking first look poster that was released on the occasion of Selvaraghavan’s birthday, curiosity on the film’s teaser escalated to the next level among fans. Breaking the suspense, the film’s producer SR Prabhu announced in a recent media interaction that NGK’s teaser will be out in June. The exact date of release will be revealed soon.

NGK is slated for release during Diwali amidst an intense competition from Vijay-Murugadoss’ and Ajith-Siva’s movies. Yuvan Shankar Raja is the music composer for this highly-anticipated film.