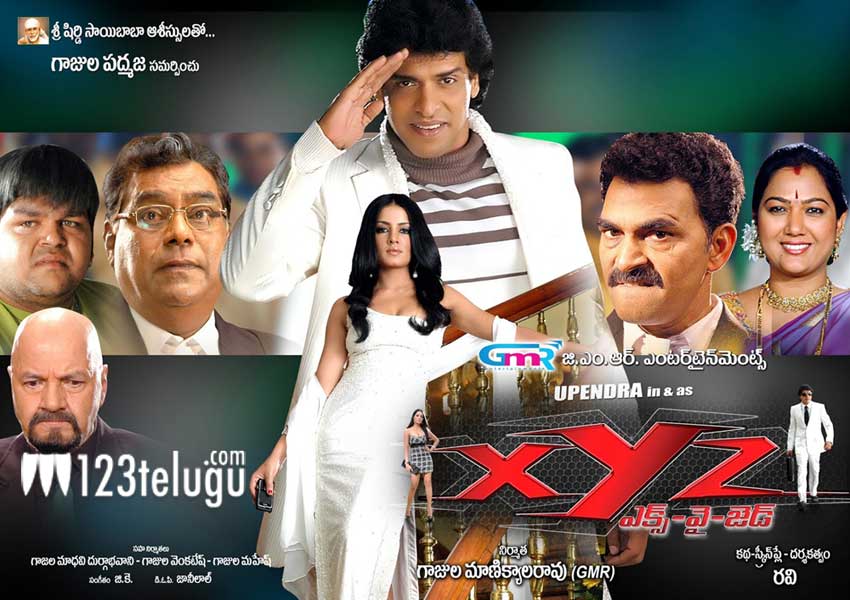 Kannada Superstar Upendra is quite a known name in Tollywood and had few hits to his credit in Tollywood. After a long time he is now getting ready to hit the screens with a new film titled “XYZ”. The movie is a dubbed version of “Srimathi” which was originally made in Kannada. Celine Jaitley and Priyanka Trivedi were cast opposite Upendra in the movie and is directed by Ravi. This movie is dubbed in to Telugu by Gajula Manikya Rao under GMR entertainments.

Upendra was last seen in “Super” in Telugu which raked in decent moolah and he is known for his films with different and unconventional themes. We will have to wait and see what he has to offer this time around.