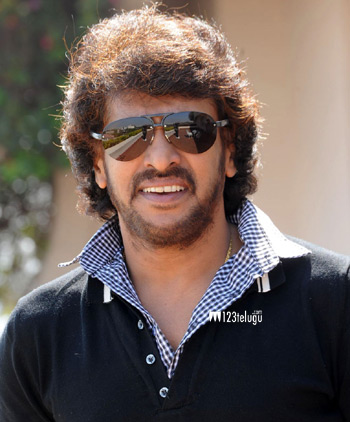 Kannada Super Star Upendra, popularly known as Uppi dhadha by his fans is getting ready with his next dubbed film in Telugu. He was last seen in ‘Super’ movie which raked in decent moolah at the box office.

Upendra’s movies are always known to have the wackiest titles and this one is no different and is titled as ‘Swiss Bank Ki Daaredhi’. He has earlier acted in films with peculiar titles like ‘A’,’Stupid’ and ‘H2O’ to name a few. This movie is going to be the dubbed version of ‘Topiwala’, which was a stupendous hit in the Kannada film industry. This movie is going to be an action entertainer with good amount of comedy. The dubbing work of the movie has already been started.

Bhavana is the heroine of the movie and V Hari Kri