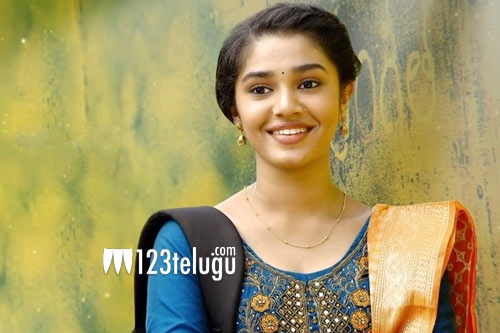 Young actress Krithi Shetty is all set to make her acting debut with the upcoming romantic drama, Uppena. Even before the film hit screens, Krithi has reportedly signed her next project with a top Tollywood banner.

The latest reports reveal that Krithi has been roped in to play the female lead’s role opposite hero Nikhil in the recently launched youthful entertainer, 18 Pages. Interestingly, director Sukumar, who is introducing Krithi with Uppena, is also bankrolling 18 Pages along with veteran producer Allu Aravind. An official announcement regarding Krithi’s inclusion in the cast is awaited.

Krithi Shetty has been getting a good response for her demure beauty in the two songs from Uppena. We will have to wait until the film’s release to see if she will make an impression with her performance.