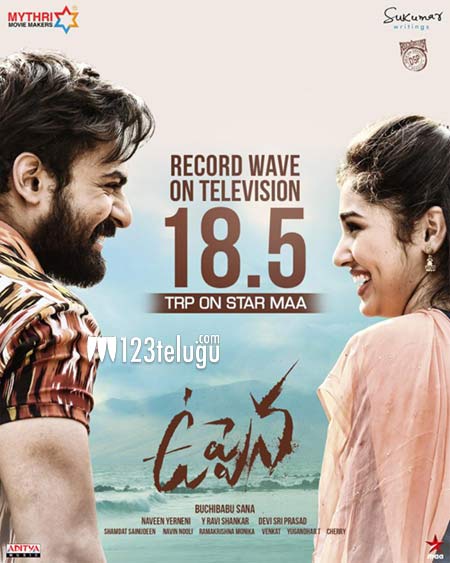 Young stars Vaishnav Tej and Krithi Shetty’s emotional romance drama, Uppena, turned out to be a massive blockbuster at the box-office upon its theatrical release earlier this year. This Buchi Babu Sana directorial later premiered on Netflix a couple of weeks ago and received a similar response.

Now, the latest updates reveal that Uppena has also wowed the small screen audiences. This Mythri Movie Makers and Sukumar Writings joint production has registered a thumping 18.5 TRPs upon its TV premiere on Star Maa a couple of Sundays ago. With the pandemic ravaging the country and movie theaters and other forms of entertainment being shut, OTT platforms and TV channels have become the major source of entertainment.