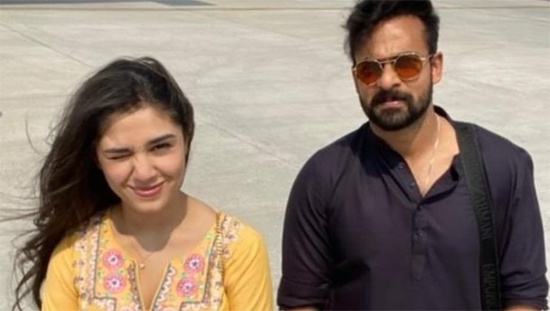 Uppena’s grand success celebrations are underway in Rajahmundry tonight. Both Vaishnav Tej and Krithi Shetty landed at Rajahmundry airport along with the film’s team members and the Rajahmundry fans gave them a rousing reception at the airport.

Scores of fans mobbed both the actors and went berserk to catch a glimpse of them and click their pictures. Video and pictures of the fan frenzy have been going viral on social media since evening.