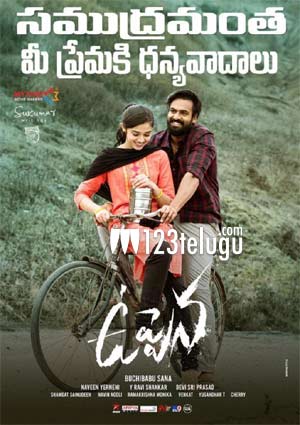 Uppena is a film that is still drawing crowds even after many days of its release. The film has crossed the 50 crores share mark at the box office and the makers are super thrilled.

To take things to another level, the makers are planning a solid bash on the 18th of this month in Hyderabad. The entire team and a special guest in the form a noted star hero will be joining the team.

Uppena has been directed by Buchi Babu Sana and has debutantes Vaishnav Tej and Kriti Shetty in lead roles. Mythri Movie Makers and Sukumar Writings jointly produced this film.