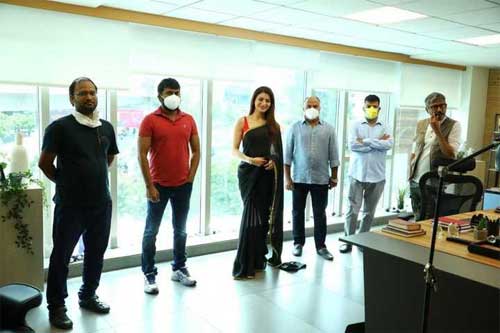 It is already reported that noted director Sampath Nandi is providing the story for a Hindi-Telugu bilingual project. Seti Maarr producer Srinivasaa Chhitturi will be bankrolling the project that has Bollywood starlet Urvashi Rautela in the lead role.

Titled Black Rose, the film’s regular shooting kick-started from today in Hyderabad. Meanwhile, the latest news is that the entire team members went under the COVID test before participating in the shooting.

Touted as an emotional thriller, the film will be directed by Mohan Bharadwaj. Pavan Kumar is presenting the project.