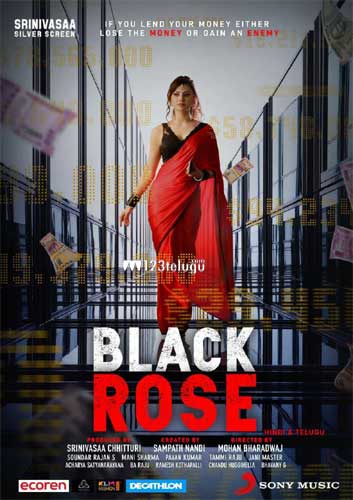 It is a known fact that hottie Urvashi Rautela is making her Tollywood debut soon with the film Black Rose. Urvashi is playing the main lead and considering her popularity, the film is being simultaneously shot in Hindi and Telugu languages.

Telugu director Sampath Nandi of ‘Racha’ and ‘Bengal Tiger’ fame ha penned the script. With ‘Black Rose’ Mohan Bharadwaj is debuting as director. The film is the tale of a strong modern woman who goes through a lot personally and professionally. How she dealt with her personal life and professional crisis makes up the entire story.

The film’s shooting has commenced on August 17th and wrapped up the entire shooting in a single schedule. Srinivasaa Chhitturi is producing the movie under Srinivasaa Silver Screen