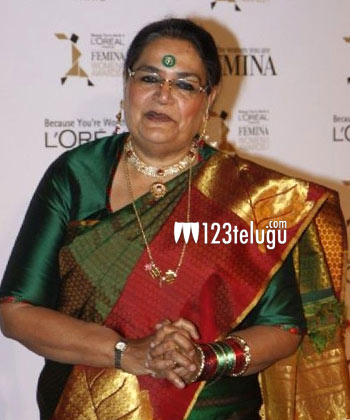 Stylish Star Allu Arjun’s ‘Race Gurram’ is getting ready for a bumper release very soon. The film’s principal shoot has been wrapped up and post production work is going on.

The song recording work is also underway and veteran singer Usha Uthup was selected as the lead singer for the title song of the movie. This song is expected to be a mass number that will showcase Allu Arjun’s dancing skills and Usha Uthup’s strong voice is a big asset for this song. Thaman is composing the music for the film .

Shruti Haasan and Saloni will be seen as the heroines in this mass action entertainer. Surender Reddy has directed this movie and he has ensured that the film has a good comedy quotient. The film has been produced by Nallamalupu Bujji.