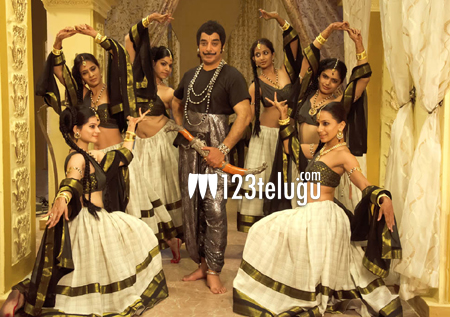 The shooting of Kamal Hassan’s ‘Uttama Villain’ is complete, and the post production formalities are going on in full swing. According to the latest update, the makers have decided to release the Telugu audio of this film on March 28th in Chennai.

Kamal Haasan plays a double role in the film and yesteryear actress Gauthami is the costume designer. Gibran has scored the music and Kamal himself has penned down the script for this film which is slated for a April 10th release. Uttama Villain is directed by Ramesh Aravind.