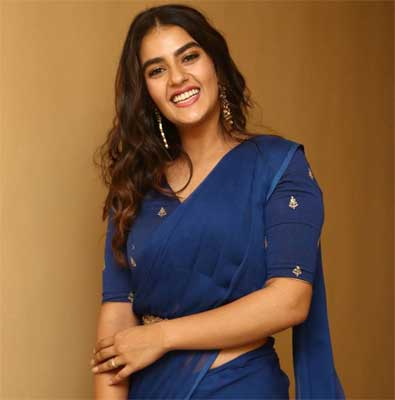 It is already reported that the reputed production house, UV Creations is gearing up to produce a film with the late director, Sobhan’s son Santosh Sobhan. The film is being directed by a debutant named Karthik.

Now, the latest news is that model turned heroine Kavya Thapar is confirmed as the female lead in the film. News is also that the film will have a direct OTT release sometime in 2021.