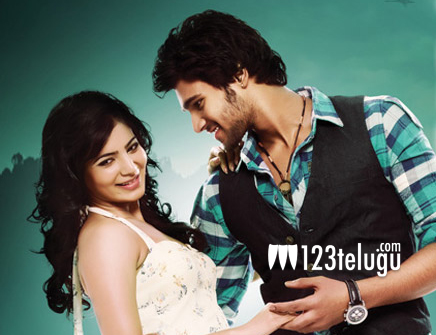 The shooting of V V Vinayak’s upcoming film, starring Bellamkonda Sai Sreenivas, is making brisk progress. Currently, the film is being shot in Hyderabad and some key scenes are being shot on the lead cast. Although, the film’s shooting started quite sometime back, V V Vinayak and producer Bellamkonda Suresh have things under wraps for now.

The film also stars Samantha and Tamannaah in lead roles. Recently, a song was canned on Sai Sreenivas and Samantha. The currently schedule is expected to continue till the end of the week. Sai Sreenivas has already impressed a lot of people in the industry with his dancing skills and his ability to pull off action sequences. With a top director like V V Vinayak directing his debut film, he’s definitely in safe hands.

Chota K Naidu is the cinematographer and Devi Sri Prasad is scoring the music. More details about the film will be revealed soon.