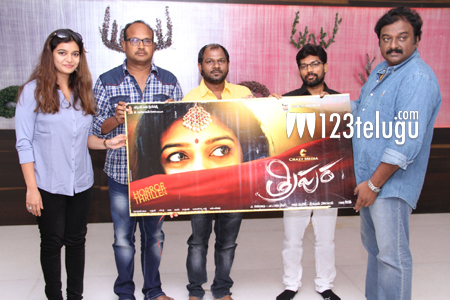 Actress Swathi Reddy aka colours Swathi, became a popular starlet in Tollywood after bagging some decent hits under her name. Currently, she is busy in shooting for a female-oriented bilingual titled Tripura.

The first look of this film was launched today and ace director V V Vinayak revealed the interesting first look poster of the film. Actor Naveen Chandra will appear in a special role in this flick which is being directed by Raj Kiran. Kona Venkat has penned the script for this movie.