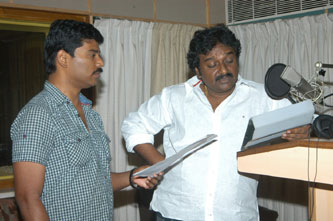 Talking about V V Vinayak’s contribution to Renigunta, Suresh Kondeti, who is producing the film, said, ““He first appeared on screen in Chiru’s Tagore and his dialogue rendition stood out in the film. Later he gave voiceovers for the movies Shambo Shiva Shambo and Kandireega and both of them were big hits. I am glad that he has agreed to lend his voice for my film.”

Renigunta was one of the surprise hits in Tamil in recent times and it’s being dubbed in Telugu with the same name. Panner Selvam is the director and it has Jonny and Sanusha in lead roles.