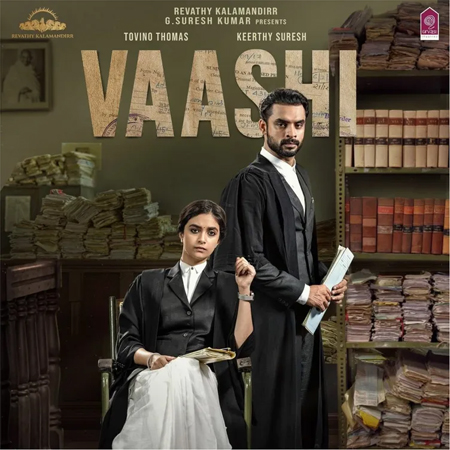 Star heroine Keerthy Suresh is last seen in the courtroom drama Vaashi. Having Tovino Thomas as the protagonist, the movie earned rave reviews from audience and critics.

Now the movie is all set to premiere digitally on Netflix on 17th July. The OTT platform made an official announcement a while ago and the film will be available to stream in Malayalam, Tamil, Telugu and Kannada languages.

Vaashi is all about how a court case changes the relationship between two lawyers, who share a bond personally. Vishnu G Ragav directed this film and it has music by Kailas Menon. The film is produced by the prestigious production banner Revathi Kalamandhir.

A judgment with two verdicts. One, of the case and one of a relationship 👩‍⚖️📚 👨‍⚖️
Vaashi is coming to Netflix on the 17th of July in Malayalam, Tamil, Telugu and Kannada!